Pairc Uí Chaoimh is the newly renovated home of Cork GAA. The Pairc Ui Chaoimh stadium is where traditional GAA games are held throughout the year It will also host Westlife in Cork this summer! 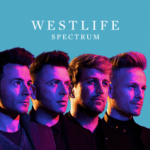 The Irish pop group confirmed that they will be performing at Páirc Uí Chaoimh on Friday 28th & Saturday 29th of August 2020. The band said “We can’t wait to bring this show to Ireland which will be more spectacular than anything we’ve ever done before.” It will be the first time that the group have played at the newly renovated 45,000 capacity Cork venue, having announced it on their official Twitter page back in September. It follows on from the major success of last summer’s ‘Twenty Tour’, which sold a record 600,000 tickets across 27 cities and 13 countries, including two sold-out shows at Croke Park! WOW!

Stay at our Hotel in Cork when visiting Pairc Ui Chaoimh! Pairc Ui Chaoimh is just over 20 minutes by car from Carrigaline Court Hotel. It can also be reached by the 24/7 Bus route into the city. Carrigaline Court Hotel offers an impressive 91 luxurious bedrooms, health and leisure club, bar and restaurant. Free parking and WiFi are also available.

Carrigaline Court Hotel is one of the most accessible Cork Hotels, just outside the city and we’re easy to get to no matter where in Ireland you’re coming from.

Book your accommodation in Cork with the Carrigaline Court Hotel today! 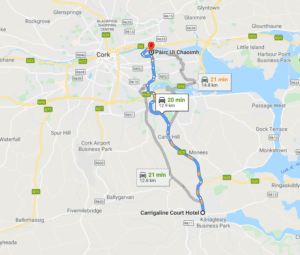 Where are Westlife Playing in Cork?

How far is Páirc Uí Chaoimh From Cork City Centre?

Páirc Uí Chaoimh is a 15 minute walk from the Parnell Place bus station and the Kent train station.

What dates are Westlife playing in Cork?

How much are Westlife tickets?

Can I park at the stadium for concerts?

There is no parking onsite. We encourage patrons to use Public Transport where possible. There are 15 parking spaces available on site for wheelchair users.