Book direct through our official website for our exclusive offers and great value hotel deals in Cork.

Youghal is a seaside resort town in County Cork, Ireland. Sitting on the estuary of the River Blackwater, in the past, it was militarily and 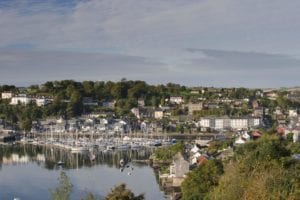 economically important. Being built on the edge of a steep riverbank, the town has a long and narrow layout. As of the 2016 census, the population was 7,963.

As a historic walled seaport town on the coastline of East Cork, and close to a number of beaches, it has been a tourist destination since the mid-19th century.

There are a number of historic buildings and monuments within the town’s walls, and Youghal is among a small number of towns designated as “Irish Heritage Ports” by the Irish Tourist Board.

Elizabeth Fort is situated outside and to the south of the original walled city and is a fine example of a 17th century star-shaped fort. Originally built in 1601 during the reign of Elizabeth I. It was used as an army base for the protection of the city. It was demolished by the citizens of Cork in 1603 but they were compelled to rebuild it at their own expense. 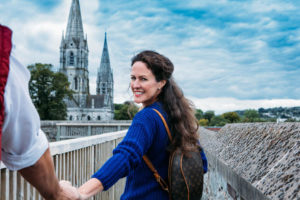 In 1719, Elizabeth Fort became a British military barracks and housed approximately seven hundred men.  In 1806, a ‘New Barrack’s’ was built on the north side of the city (now called Collin’s Barracks), and Elizabeth fort was converted to a Female Convict Prison. It subsequently became home to various bodies such as a station for the Cork City Artillery Militia. During the Irish War of Independence (1920-21), it was occupied by the Royal Irish Constabulary and duly handed over to the Provisional Irish government at the end of the war. It was a Garda Station until very recently, and to this day remains one of Cork’s most historic gems. Never been excavated, Elizabeth Fort has a wealth of stories waiting to be discovered and to be told.

The fort itself is partially open to the public, but is well worth the stroll for the views over the city. It is generally accessible from 0930 – 1700.

Now that might have something to do with the Blarney Stone, the legendary Stone of Eloquence, found at the top of our tower. Kiss it and you’ll never again be lost for words. 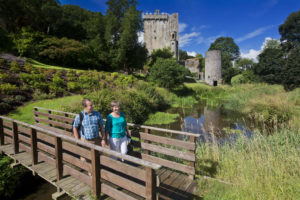 Take a stroll through the Blarney Castle Gardens and Rock Close—an attractive destination in their own right. There is a range of themed gardens built into the estate, like Fern Garden, located deep in the woods and designed to feel like a tropical jungle. Poison Garden, beside the battlements, is home to a fascinating collection of deadly and dangerous plants from around the world, like the caged specimens of deadly nightshade, wolfsbane, and poison ivy. 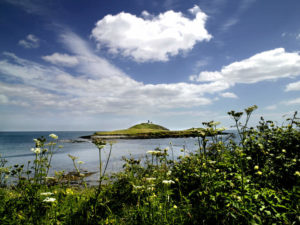 on the other. It starts at the end of Ballycotton village (at the y in the road take the right up the hill, the left takes you to the pier).

The walk extends over 5 miles on a foot worn track along the cliff face with stunning views and passes Ballytrasna beach. There are many stiles to cross on the route (so not suitable for bikes or buggies).

Ballycotton is surrounded by wonderful beaches. In the village, there is a small beach called the Conger by Ballycotton Pier. For the more adventurous swimmers, you can swim from “The men’s bathing area” which is accessed by steps down to a rocky platform on your left going towards the Cliff Walk.

Camden Fort Meagher is internationally recognized as being “one of the finest remaining examples of a classical Coastal Artillery Fort in the world”. For almost 400 years the fort played a key role as a strong strategic position for the defense of Ireland, the west coast of England and Wales. 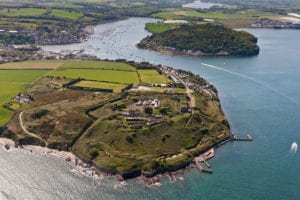 The fort is a prime location to watch ships passing through Cork Harbour, the second-largest natural harbour in the world. The fort is named after Irish nationalist Thomas Francis Meagher who designed Ireland’s national flag of green, white, and orange in 1848.

Take a trip to this incredible fort and admire the bright tunnel, granite spiral staircase, and magazine and after, wander around the exhibition rooms including the World War I Memorial Room!

Titanic Experience Cobh is located in Casement Square in the heart of Cobh Town. The Titanic visitor centre is home to the original White Star Line Ticket Office, a building steeped in history dating back to the early 19th century and the departure point for many thousands of White Star Line passengers. 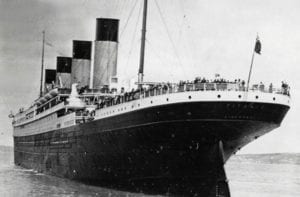 The visitor experience is presented in two parts. The first is an exciting immersive audio visual tour retracing the steps of the 123 passengers who boarded Titanic from Queenstown on April 11th Titanic1912. With Officer Boxall as your virtual guide, innovative audio visual technology and the replica interior ship set, experience the anticipation of the long journey ahead and the new life waiting for Queenstown’s passengers in America. Share the excitement of boarding the most luxurious liner of her time and feel the horror of the tragedy on that fateful night.

Portal tombs (sometimes referred to as dolmens) are megalithic monuments that take their name from the two large upright stones which form an entrance or ‘portal’ to the chamber of the tomb. The monuments are generally of a simple rectangular plan with a chamber formed by upright stones and the two portals. 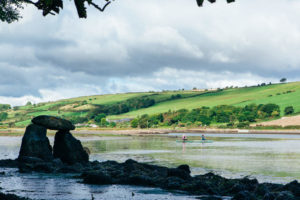 Nearly submerged by the tidal waters of Cork Harbor’s Saleen Creek, the Rostellan Dolmen (portal tomb) is the only example of such a Leaba Dhiarmada agus Gráinne (Diarmuid and Gráinne’s Bed) in Ireland to wear a garland of seaweed. It is also unique in that it opens to the east, rather than facing the setting sun, as does the normal, land-locked portal tomb.

Fota House was designed by 19th-century architects Richard and William Morrison. Fota House offers visitors an intimate look at how life was lived in the past, whether as a servant or as a member of the gentry. You can also visit the fascinating award-winning Victorian Working Garden which has been brought back to life. This includes the beautiful orchard, pit houses and working glasshouses.

The Victorian Working Garden is open Monday – Friday and most Sundays from March to September where you can wander about and take it all in.

For inspiration on things to do in Cork, visit our Breaks Page