One of the best things about festive season is getting the whole family together and settling down to watch some classic Christmas movies! We’ve assembled this selection of some of the greatest festive movies to get you in the spirit this December! 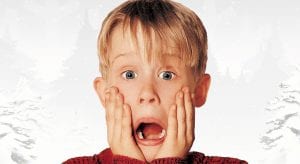 For some people, Christmas doesn’t start until they see Kevin McCallister protecting the family home from Harry and Marv. This is guaranteed to get you into the Christmas spirit. With its festive carols and hilarious shenanigans, Home Alone is a Christmassy masterpiece that will be enjoyed by the whole family, both young and old! 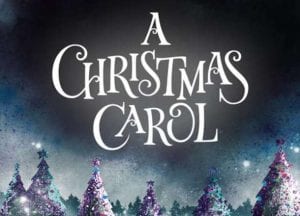 Ebenezer Scrooge and his ghastly companions capture every essence of Christmas in a nutshell. The transformation of Scrooge from an old miser who hates every aspect of Christmas, to a man who treats everyone with compassion, generosity and kindness, has provided the blueprint for Christmas movies down through the years. Don’t forget the Muppet’s Christmas Carol though. Michael Caine’s portrayal of Scrooge might actually be better than the original! 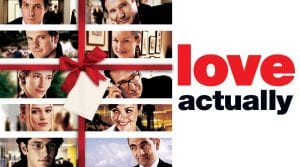 A modern classic. Packed with an all-star cast that spans across multiple stories at once, this Christmas movie is both cheesy and joyous at the same time. Perfect for Christmas viewing! No festive film catalogue would be complete without it, and it’s feelgood factor will have you in the festive spirit in no time. 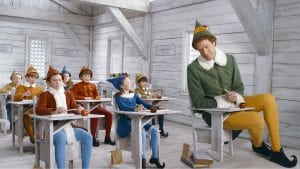 Will Ferrell plays Buddy the elf in this Christmas movie, which focuses on his journey to New York and his struggles in re-adapting to the ‘normal’ human world after being brought up at the North Pole. A hilarious comedy with a touching story at the heart of it, Elf is one for the whole family to enjoy this Christmas. Prepare for catchphrases that you won’t be able to get out of your head until mid-January!

How the Grinch stole Christmas 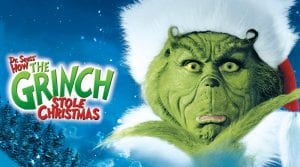 Although the animated remake is currently in cinemas (and is also worth seeing!), Jim Carrey’s version of the (eventually!) loveable Grinch is still a must-see Christmas movie in every home this December. After trying to destroy Christmas for the residents of Whoville, the film follows his journey of transformation. Eventually the Grinch reaches the important realisation that Christmas “doesn’t come from a store…”, which I’m sure we’ll all agree is something to keep in mind every year!

If we have forgotten any of your favourites, be sure to let us know via our Facebook or Twitter pages!

Has this talk of Christmas movies got you into the Christmas spirit? Maybe you’d like to book a getaway for the family this December! It’s not too late to avail of our 1,2 and 3 night family offers.